Maturity models don’t work. And I’m not saying that to be provocative. I’m saying that because I believe it—and for good reason.

To put it into perspective, picture this familiar scenario: Today you find yourself in yet another transformation board meeting. You’re ready to record ideas and key points for how your company needs to change. At the head of the table, a team is showcasing a consultancy’s strategy for innovation. The classic maturity model appears on the screen—and surprise! The company is rated as immature, against all indicators.

While maturity models have been held in high regard for years as proven templates for continuous improvement, it’s becoming quite evident that their structure is actually their greatest flaw—far too static, a snapshot, a single perspective and a solution path unable to keep up with an ever-changing world. After all, the vast majority of maturity models are sales tools created to market a consistent buyer’s path, rather than a dynamic, context-specific, or customized outcome that a company wishes to achieve.

Because of that, not only should assertions of maturity—or immaturity— be questioned, but the entire concept should be challenged. And it only takes a quick look at history to exemplify why.

Origins of The Maturity Model

The Capability Maturity Model was originally developed in the late 1980s and early 1990s as a means for the US Department of Defense (DoD) to evaluate its vendors’ ability to effectively deliver on software development projects. Essentially, it was a supply chain management technique that helped mitigate the risk of project failure from things like a vendor not having a well-defined quality assurance process. As a framework, it was simple. The model defined five progressive stages of maturity, starting with Level One (least mature) and ending with Level Five (most mature). Then, it described each level based on its respective maturity characteristics—similar to how you might describe the different stages of fetal development from fertilization through birth.

Using this model, the DoD could easily classify each vendor with a maturity score based on the stage that most closely matched their processes. They could then use these scores to influence resourcing decisions, engage in supply-chain improvement activities, and more.

Since its inception, the Capability Maturity Model has been widely adopted by the business world, not just as a means for qualifying and optimizing software engineering, but as a generic technique for organizational evaluation. A way to profile oneself, one’s industry, one’s clients, or one’s perceived competition against an idealized and sometimes futuristic state of best practices.

Applying a static model, like a Maturity Model to dynamic variables—such as markets, customer needs and technology—rarely meets expectations

Why Shouldn’t I Use It?

So you may be asking if it’s been so widely used and expanded upon over the years, what’s the problem? Unfortunately, maturity models come with some significant issues when we look at the big picture:

OK. I’m listening. If maturity models don’t work, then where do we go from here?

Regardless of your industry or vertical, there is no one-size-fits-all model for growing your business. At least, not in the context of what I’ve outlined above. But that’s not to say that there aren’t successful and enduring strategies to compensate for the regular changes that affect your customers, market, or business over time. 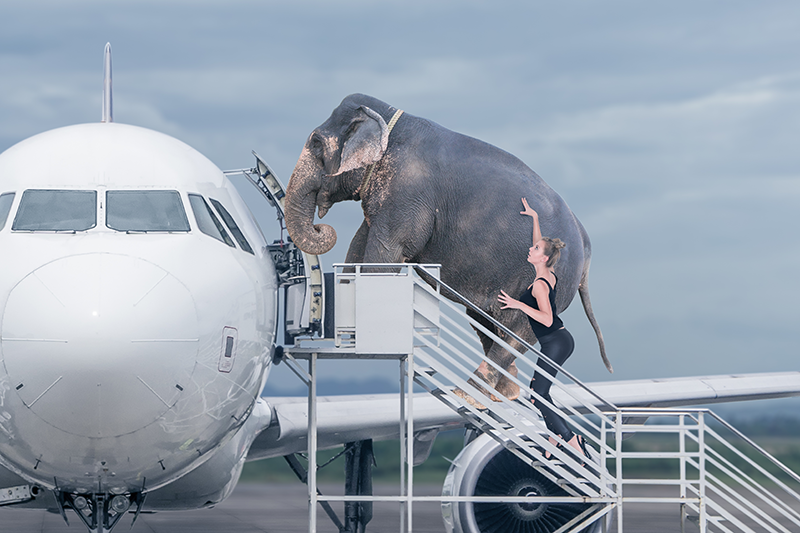 In contrast to the maturity model, it’s better to:

Over the years, these methods have created a significant body of proof that progress is possible by taking an evidence-based approach to innovation, and there’s no better example than the case study of Capital One’s Talent Transformation from Chapter 10 of Unlearn.

The Big Problem: Capital One is highly competitive and was designed in such a way where employees worked against each other for individual short-term achievements rather than working together to move the organization toward their larger, long-term, and shared objectives.

They needed to migrate the organization’s systems from on-location data centers to the cloud as quickly and efficiently as possible while keeping costs down and maintaining security.

The Hypothesis: Rather than using a maturity model to measure Capital One’s performance toward their overall objective of cloud adoption, they needed to be specific about what success looks like. With that in mind, Firment hypothesized that by providing a clear destination, they would be able to achieve the breakthrough that the organization was looking for.

To put the plan into action, Firment partnered with a developer to create the Cloudometer (below)—a system that measured the metrics relevant to their objective: the speed, quality, and cost of cloud migrations. Thus, it gave the teams a clear path to plot, map, review, and reevaluate their position in relation to the organizational desired outcomes. Success: Through trial and error—or more accurately, hypothesizing and adapting—Capital One was able to meet its objectives.

They determined that in order to meet their objectives and truly innovate their technology, they would need to focus on complete talent transformation—identifying specific new skills and capabilities to build, along with customized coaching, mentoring and training. By shifting their KPIs, they were able to change employee behavior and incentivize the dramatic transformation Capital One needed to grow from a company with an IT shop to a technology-led organization. As you can see, by defining an objective and allowing teams to set their own outcomes to be achieved relative to that objective, as well as how they might get there, they were able to measure the true distance they needed to cover—and where they were in relation to it.

Making that visible across the entire department, while uncomfortable, gave the company a true picture of where they really were in relation to their desired objectives, what outcomes each team was achieving, and what (if any) support would be needed to help people move.

A maturity model would never have given that real-time insight and accuracy of information.

Of course, this is only one example. For more insight into Capital One’s journey, alongside in-depth analysis of how and why plenty of other organizations have found success through this methodology, get your copy of Unlearn here.

Next time you’re tempted to use a maturity model, try this instead:

Today’s best practices can easily become tomorrow’s obsolete ones. The maturity model is one of them—far too static, a snapshot, and a single perspective and solution unable to keep up with the changing world Spin The Business Agility Flywheel To Transform Your Company

For most businesses, Agile transformations have been disappointing, if not disastrous, with 96% failing to generate the capability to adapt to changing market conditions, according to the 2018 State Of Agile survey. On paper, the signals seem promising: Agile has evolved into a nearly universal framework that can help organizations adapt faster than ever, at…

I’ve been watching the outstanding HBO series Chernobyl which details the worst nuclear reactor meltdown in human history—an event that was approximately 400 times more potent than the atomic bomb dropped on Hiroshima. What occurred to me, and what I discovered over the course of the TV series, this was a cataphoric failure destined to…